Up to Seven in the house

Well, it has been a while since we have posted, as we've been busy with the influx of new people in the home. On September 11 our son Frank and friend Bill came to Ecuador. This was Bill's 3rd trip and hopefully he will get his residency this time and this is Frank's first time here. We are happy to have them here, but of course it makes for a more chaotic home.

In our home we eat and cook strictly vegetarian so that is a big change for Frank and Bill. Frank loves to go to the little snack shacks and get almuerzo (lunch) for $2, and if he'd stay there it would only be $1.40, but he brings it home. The first time he brought it home he wasn't sure what to do with the bag of red stuff. I informed him that it was some type of juice. So, he poured it into a cup and drank it all up. Bill goes out for lunch a lot to get his protein fix; he wasn't too sure about eating our "fake meats". I don't think he minds them much anymore.

Frank, Courtney and Steve have all started taking spanish lessons at Carolina Bookstore. They go twice a week. I am afraid they will pass me up, I better start doing my computer lessons :). Steve takes lots of notes and Frank says this is the most he has every learned, he attributes it to his teacher being nice to look at. Courtney doesn't take much notes, but says the class is reminding her of what she has learned already.

The first week Frank was here we let him settle in. The second week he and I worked together at Moca to get him trained. Then the next week he went on nights with Jenny, our Cuencana manager, so she could show him the ropes of nights and work on his spanish. Within Frank's first month here he was invited to attend the Miss Cuenca pagenant with a young lady he had met at the Mall. She was running for Miss Cuenca. Not too bad for only being here a month.

Nick has been doing alright at school. Courtney has been doing well working on her blog, her scarves and Moca. For all of the month of October, Courtney and Frank had been doing Halloween-themed movies on Saturday night for FREE. The turn out was low so I don't believe it will continue. The kids didn't make much money for Moca or for themselves (since they only get paid via tips for now).

Last Friday Bill's brother Tom finally made it to Cuenca with all his paperwork in hand and his life packed in two suitcases. He is ready to become an expat. We went out Saturday night to El Azteca and had some good food and good margaritas. This morning I went to meditation and my family, Bil,l and Tom came to have brunch at the Windhorse Cafe. Our friend Katie was there so she joined us. It is great to have a good bunch of friends. 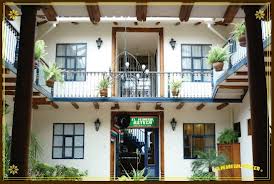 I am still struggling to find things to do with myself. Being so young and retired is hard. Most of the retirees here are older and have other interests. I want to go to the Cajas and hike and go visit other small places near Cuenca. I have tried knitting and volunteering. I have to find something that I enjoy that makes me happy. I really enjoy meditation but I think Steve may be lonely if I meditate for hours on end. So I need to find something constructive.

We hope everyone is safe on the east coast, we see the nasty storm coming. We will keep you in our thoughts.
Posted by Susan at 7:55 PM No comments: