Saturday, Nick had a mandatory meeting for Santana called a "Maratón". It was at la Pista Atlética Jefferson Pérez at 8 am, yes at 8 in the morning on a Saturday. Nick caught the bus around 7:15 and our friend Trish came by with her driver Manny to pick us up. It was a great day for this event but none of us knew what to expect. 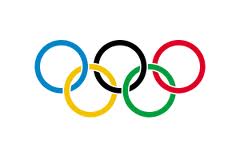 They had all the children walk out to the field in their respective grades with matching shirts and signs representing their grade. They even had a torch that they used to light a simulated Olympic torch.I was a little shocked at what some of the girls were allowed to wear. This is a sporting event and they were wearing shirts made to come of the shoulder and no they weren't wearing sports bras, at least not all of them. Am I a prude?
I believe this event was to raise money for another school, Escuela Fiscal Ulises Chacón which was also in attendance. In the states we would have never seen an event like this on a saturday. I was so happy to see Nick with kids from his class and they were smiling. It was surprising to see almost all the kids smiling even though it was early on a Saturday morning. There were kids selling cookies, cakes, drinks and hot dogs.
It seemed that most of the kids participated in the event. You should have seen the little 5 year olds running on the track it was adorable. They grouped a lot of the grades together and ran certain distances per group. Nicks grade level ran two laps on a 1/4 mile track. He started strong and then ended slow but he still beat a bunch of the boys. He said it was hard to breath that his throat was dry. The next group had to run on the track and then they went outside of the track and ran around the stadium.

After the event was over, we all crammed into Manuel's car, with me sitting on Steve's lap like we were in high school, but we all made it home safely. Overall, it was a good experience, and it was nice to see so many smiling faces on an early Saturday morning.
Posted by Susan at 8:58 PM